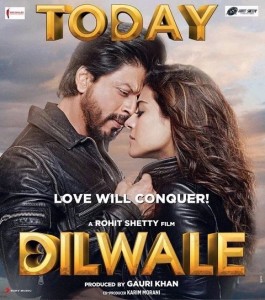 December 18th, 2015 Dilwale a Bollywood movie has been released. This movie has been directed by Rohit Shetthy. In leading roles were played by Shah Rukh Khan, Kajol, Kriti Sanon, Varun Dhawan and so many other actors and actress. There are six songs are played in this movie. About 2 hour and 38 minutes long movie has romance, action, comedy, bit of tragedy altogether. The rating in IMDb is till now 6.2. This movie shows two young stars love story how they faces problems and solves. At the end all lived happily ever after.

This movie can entertain an audience with its comedy without any doubt. Already all can see how this movie is successful. It has already crossed 150 crore rupees in the first weekend of its release. However, I think all credits goes to the famous actors and actresses since I have not found any interesting plot rather a common typical Hindi movie. I simply don’t understand one think that why Shah Rukh Khan like celebrity works this type of cheap movie. Moreover, it is shocking fact that no one is going to criticize on this fact. Is this happening as they are top celebrity in Bollywood?

Movie gives us pleasure, happiness, enthusiasm, makes us cry so it has great impact to our personal life. So, it will be better if the producers and directors invest on a good movie not to make business out of it. I am hoping to see some great movies in future from Bollywood. 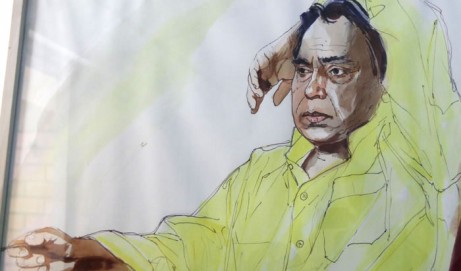