Bangladeshi great writer Humayun Ahmed died sometimes ago at Bellevue Hospital of New York, USA. He was suffering from cancer since nine months. After a major operation, his physical condition went down and on Thursday at 11.15 pm, the most popular writer of the history of Bangladesh has died.

Before the operation, twelve sessions of chemotherapy was successfully done. A tumour was removed from his liver in that operation. However, he was infected with an unknown virus. His consciousness was not back after the operation and died on that hospital on July 19 at 11.15 pm.

Humayun Ahmed was not only a writer; he was a drama maker, producer and film director. I started my first novel reading with his book. We have to agree that Humayun Ahmed had a great role to increase book-reading habit among Bangladeshis. Sometimes I felt fun, sometimes I felt sorrow when I read his book or watched a drama made by him. We really loved him. He had gone, he died! Tears in my eyes. Tears in Bangladeshis eyes. 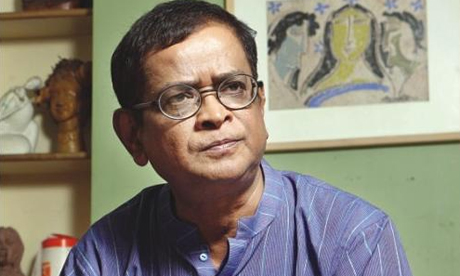 Profession: He joined as a lecturer at Chemistry department of Dhaka University after passing MSc but he retired in 1990 to devote all his time to writing and production of film.