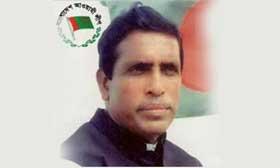 Awami League senior leader Abdur Razzak died today at London Kings college hospital. He was suffering from liver and kidney disease  since many days. After three days, today at 6.30 pm the life support was taken off.

The 70 year old former water resources minister had been admitted to the King’s College hospital in September.

Abdur Razzak was arrested and punished many times by the Ayub Khan government in 1964-1965, and in 1967-1969 for participation in the Six-Point Movement protection. Abdur Razzak was one of the leading organizer of the 1971 liberation war. The was the secretary of Awami League in 1975.

We lost a great real patriot leader. We will never forget your contribution to the country. The history will lead you alive in the millions of hearts of Bangladesh.