To kill oneself by own is not easy for a normal person. When someone commits suicide then something must be terrible happened with him or her. Most of the time depression leads a person to attempt suicide. Moreover, loneliness, marital problems are also main reasons to commit suicide.

There are certain ways to commit suicide. It actually varies from culture, person, time and place. But most common method of suicide is hanging. Along with it taking poison, cutting nerves, drowning, burning, taking high dose of drugs are other methods. It has been seen that, most of the suicides took place at home and from midnight to early in the morning. 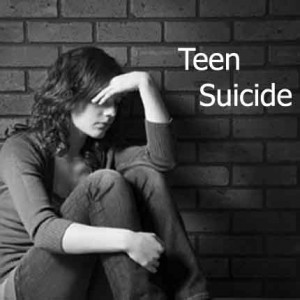 Many challenging phases are come in life. A person frustrated with the life when he is in loss, feels no hope in life. Staying without family or having some problems with friends and family sometimes make one’s life bored and feel him depressed. So, it can be another reason for committing suicide. Often someone faces problems with his/her spouses then it kills the desire of live anymore. These are some typical reasons who commit suicide.

This is true for our country also. In Bangladesh, 14 to 17 aged girls and boys are more likely to commit suicide. The Bangladesh Health and Injury Survey (2005) reported more than 2200 children committed suicide in one year – or, about six per day.

According to the WHO, 2006, about 873,000 people worldwide die by suicide on each year. So, it is obviously not an ignorable issue. Almost everyday people commit suicide for several reasons. We should not overlap this issue. In this case some effective steps can reduce this social problem. All In all we have to realize that life is a very valuable gift by God and we also make it realize to others.

1 thought on “SUICIDE – Act of Deliberately Killing Oneself”